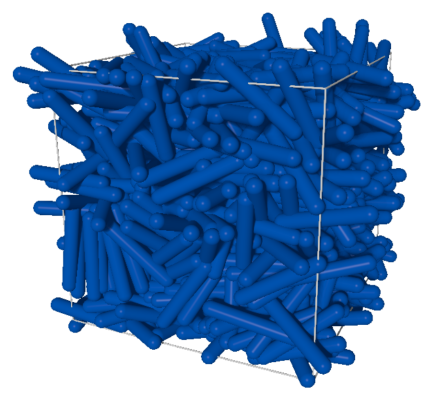 Particles are frequently added to fluids as viscosity modifiers, to create composite materials with enhanced strength and performance, and for many other applications. The viscosity of fluids containing particles is a function of the particle concentration, or volume fraction ϕ, as well as the shape of the particles. As shown above on the right, the shear viscosity can differ significantly for rods of different aspect ratio A. Most particularly, the point at which the viscosity diverges correlates strongly with maximum random packing ϕmax, which is a strong function of the aspect ratio. 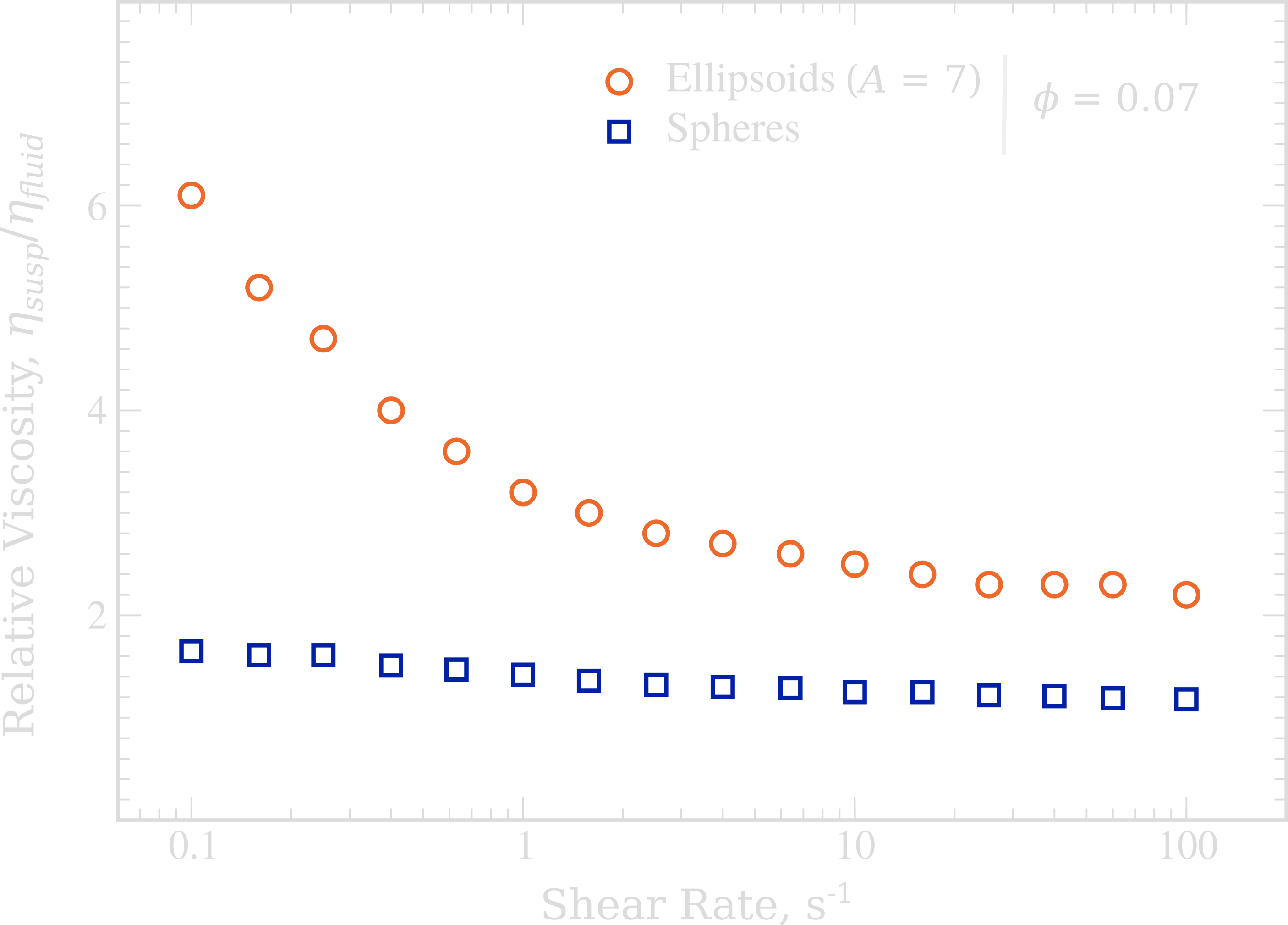 As another example of the effects of particle shape on the rheology of suspensions, the figure at the left compares viscosities measured for spheres and ellipsoids as a function of the rate of shear. The elongated particles, as expected, have a higher viscosity. Additionally, the elongated fibers demonstrate considerable shear thinning, or a reduction in measured viscosity as a function of shear rate. This qualitative difference exists even though the ellipsoids and particles were manufactured using an identical process with the same materials (polystyrene).