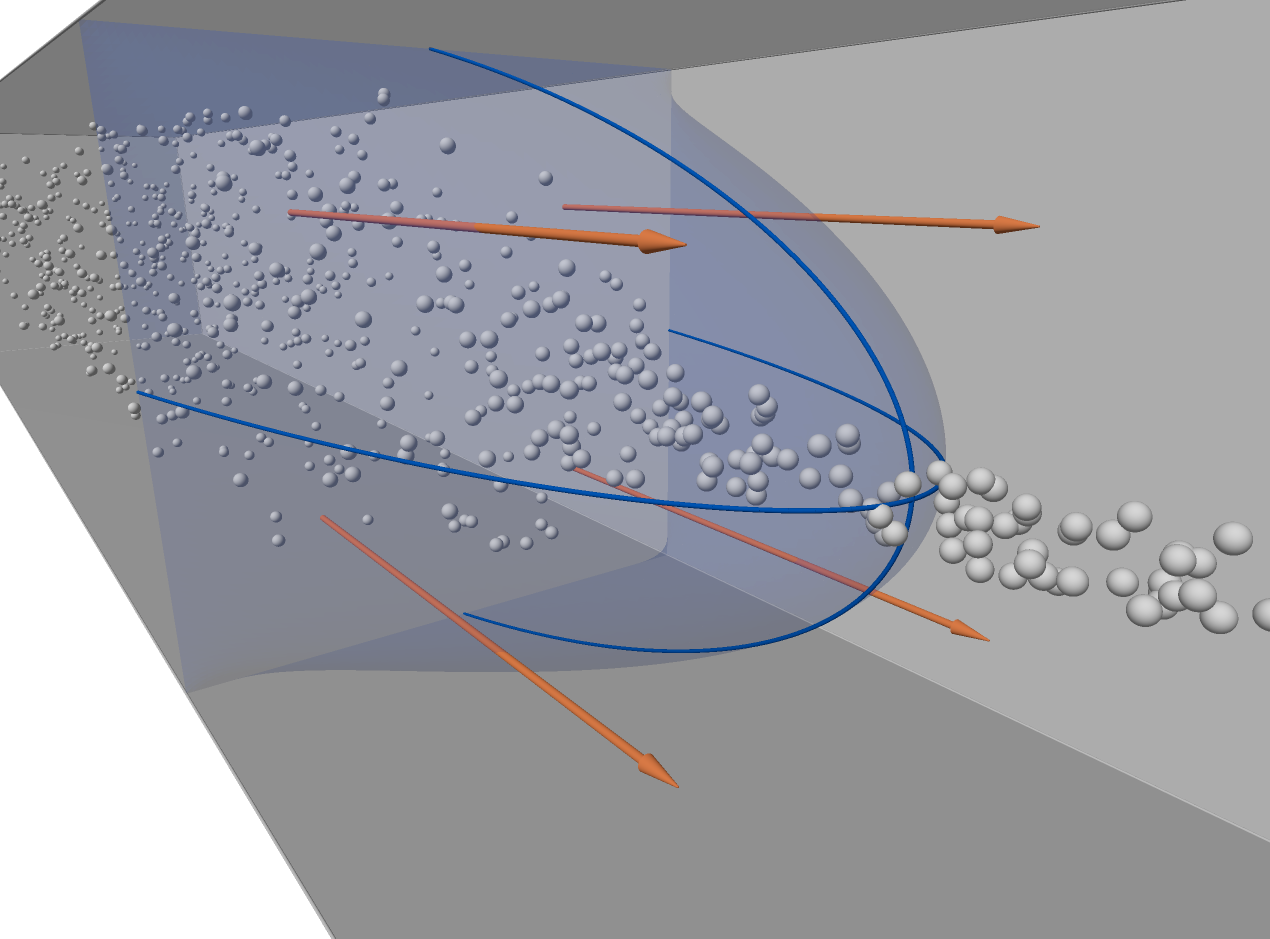 The spatial distribution of polyelectrolyte molecules transported through a microfluidic channel can be controlled using axial electric and flow fields.   As illustrated, the molecules (white) flow through the channel due to a pressure-imposed flow field (blue) and an axial electrophoretic velocity (orange) that is caused by the electric field.   Molecules migrate toward the centerline while flowing through the channel in response to the simultaneous application of the two fields; reversing the direction of the electrophoretic velocity causes the polyelectrolytes to migrate toward the bounding walls of the channel (not shown).

An example image from a fluorescence microscopy experiment shows DNA focused in a narrow band along the centerline of a channel of width 0.1 mm. DNA, which is a polyelectrolyte, appears white in the images due to a fluorescent label. The ability to focus DNA along the centerline or on the walls of a microchannel using axial fields has many potential applications. One example is given here. 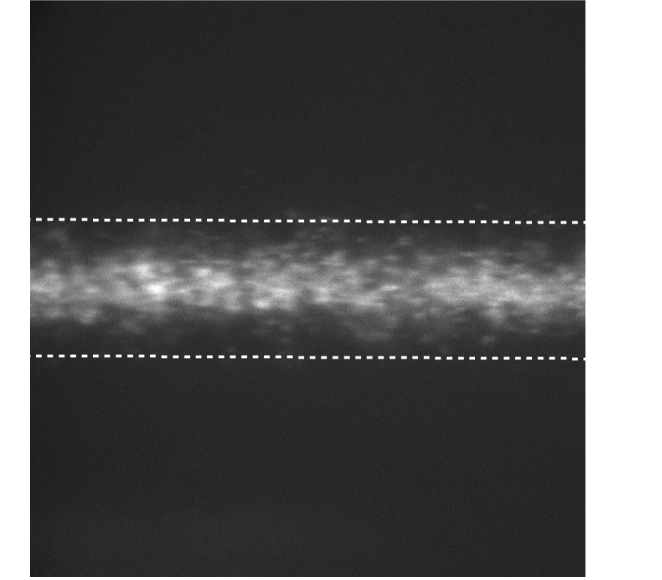 The migration is caused by an electro-hydrodynamic interaction: the electric field acting on the charged polymer creates an additional velocity disturbance in the fluid. These interactions cause a migration transverse to the axis when the polymer configuration is distorted from its equilibrium configuration by the pressure-imposed flow field. This idea can be used to predict the distribution of polyelectrolytes, as represented by the simulation results shown on the right. 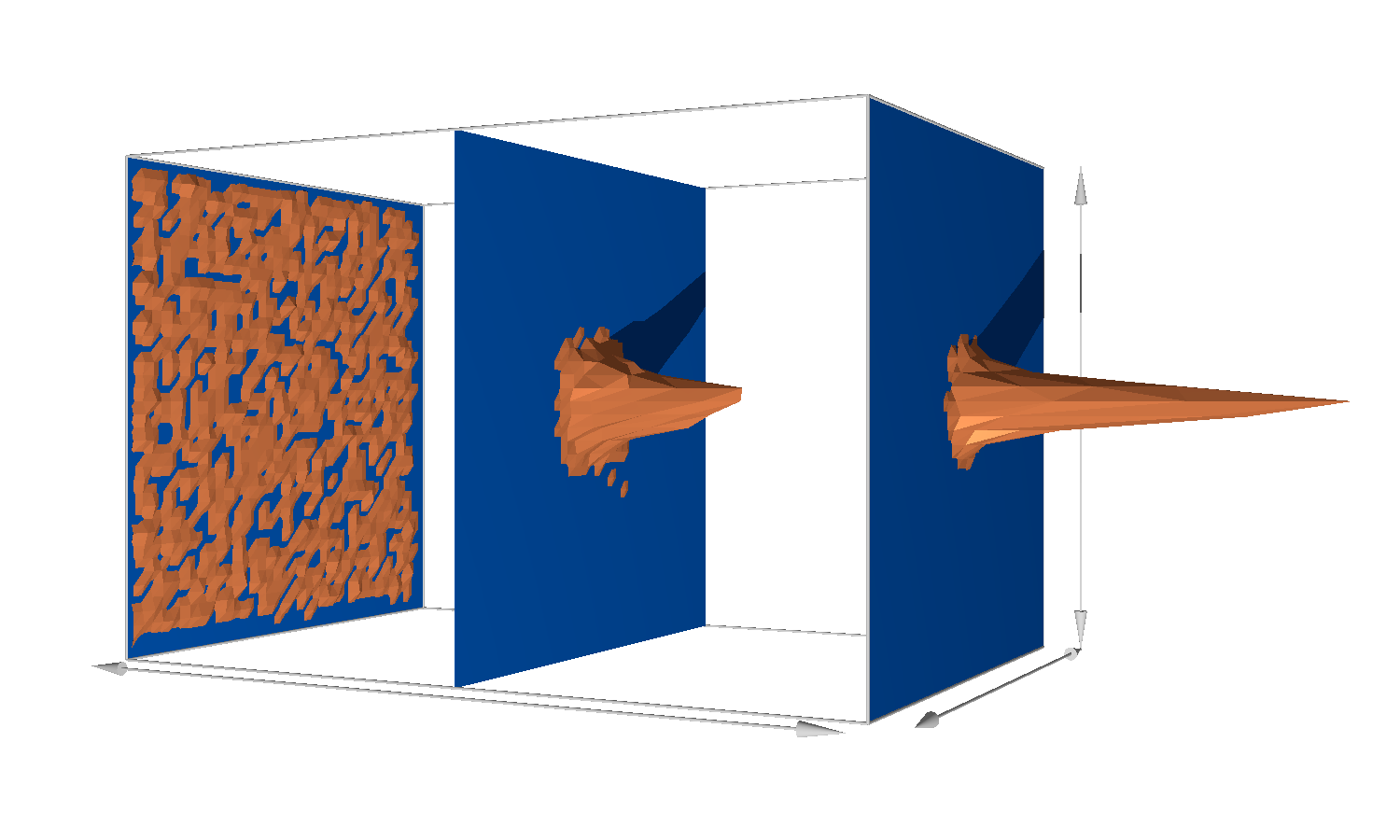 Rahul Kekre, Jason E. Butler, and Anthony J.C. Ladd, "The role of hydrodynamic interactions in the migration of polyelectrolytes driven by a pressure gradient and an electric field," Physical Review E 82, 050803(R), 2010.